Why Germany so successful dealing with Covid-19 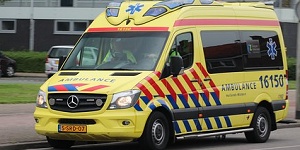 Germany is already considering issuance of immunity certificates to allow individuals who have recovered from the virus to move about freely. Germany's fatality rate is so low due to advanced planning and an excellent healthcare system.

Germany has received a huge deal of focus of having a lower death rate for COIVD-19 than most comparable Western nations. A simple explanation for the low-case fatality rate in Germany is that country has been testing more people, so they have more verified cases for the same number of fatalities.

Germany quick and robust testing programme was helped by the use of a distributed network of testing via individual clinics, hospitals and laboratories, instead of relying on tests from a single government resource, as was the case in countries such as the UK and the US. The federated German system permits for more regional autonomy, making it simpler for local healthcare system to coordinate the work of various laboratories.

The low fatality rate in Germany is not only a matter of the number of tests, but also how the administration has acted on the data. Germany robust testing programme is coupled with detecting and isolating infected patients. As the virus spread most successfully from people at an early state of the disease with no or mild symptoms, early detection and isolation would have a disproportionately big impact on the spread of the disease.

Slowing the spread of virus in Germany has permitted for increased hospital readiness that helps to decrease fatalities.  For example the number of acute-care beds in Germany is 620 for 100,000 people, matched with Italy 275 beds per 100,000 and the UK 230 beds per 100,000.

Germany had its first case of COVID-19 on 27 January, before Italy on 31 January, but the first fatality was not recorded until 9 March, significantly later than in Italy on 21 February. The increased critical care capacity is also probably playing a role in decreasing fatalities in Germany.

A question of age

It has been reported that only twenty percent of cases in Germany are people over sixty years old (compared with up to fifty percent in Other European countries, such as Spain).

We know that virus causes more extreme illness and has a higher fatality rate in older people, so the percentage of people over sixty that are infected could dramatically influence the fatality rate. But the median age of the population in Germany is 45.7 years old with twenty-one percent of their population being over sixty-five years old, comparable with that seen in Italy (medium age 47.3, twenty-three percent over 65 years old).

This advises Germany low rate of infection in over 60s is more likely to do with quick testing, isolation and physical distancing measures that just demographics.